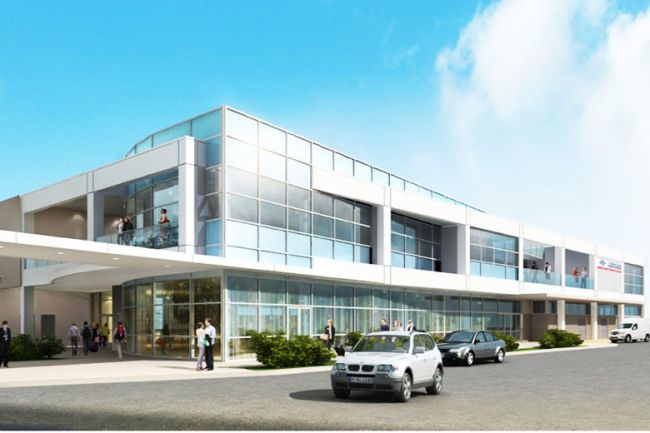 The structural steel is up and the floor and roof decks are presently being installed.Sydney-based Joneljim Construction carried out site preparation, the new terminal is being built by Roclan Construction of Sydney, (Nova Scotia) a division of Dartmouth-based Dora Construction.

The new terminal is expected to be open and operational in the fiscal year 2015-16.The cost of the terminal project — including design, site preparation and construction — is estimated to be $20 million.