Conception Bay South (C.B.S.) expects that a tender for the construction of new town hall will be awarded soon.

Mayor Ken McDonald hopes that construction will take about 16 to18 months for the $10.5-million project.

Provincial and federal funding will contribute about $4.5 million of the costs, with the town footing the rest of the bill.

Stantec has moved 120 workers to a new office in St. John’s, the company said in a statement.

The new 30,000 sq. ft.  office at the Kelsey Dr. location takes the place of three previous Stantec offices located on Water St., Torbay Rd. and in the Beothuk building.

Currently, Stantec is involved in all major projects in the province, including the Muskrat Falls Lower Churchill Project, Long Harbour Project, Hebron Project and the St. John’s Convention Centre Expansion.

The company employs almost 1,000 staff across 11 offices in Atlantic Canada, with about 200 staff located in St. John’s. 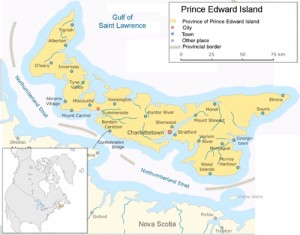 Published reports say that Gail Penney, executive director of Penney Group, plans to preserve 60 per cent of the land in The Villages of Seven Lakes project, which is currently under construction.

“It’s a 634 acre, conservation-designed community,” she was quoted as saying. “People in this area wanted to have people who work in the Eastern Shore also be able to live here.”

When complete, Seven Lakes will comprise a total of six Villages connected to each other by trails meandering through the community, by the lakes and streams, encouraging residents to walk, bike and hike through some of the prettiest landscape in Nova Scotia, according to the Seven Lakes Community website.

The projects were developed as a portfolio under the Nova Scotia Community Feed-In-Tariff program, through which each project is partially owned by the local community. The four projects entered into agreements with Vestas to supply 12 total V100-2.0 MW turbines in late 2013.

The program connects employers with potential apprentices, enabling high school students to get a jump start on a career in the skilled trades. It allows students starting in Grade 10 to experience a trade; gain three years of summer employment; earn credits toward graduation; and complete the first level of a formal apprenticeship.

In 2013, the program grew to 30 students with 17 employers providing hands-on work opportunities in 18 trades. In 2014, it will expand to more communities, with more than 70 students working for 30 employers in more than 20 trades.

The renovation included upgrades to its architectural, mechanical and electrical systems; as well as a wheelchair lift and site improvements to improve accessibility.

The school was also enlarged through the construction of a 1,545 sq. m.  addition that features new classrooms, resource and administration spaces, and a gymnasium/ancillary space. The school now accommodates about 200 students.

Communities across the Prince Edward Island will benefit from road and bridge improvements that will be made during the coming construction season, according to Transportation and Infrastructure Renewal Minister Robert Vessey.

“When we make strategic investments in our transportation network it carries multiple benefits for Islanders,” Vessey said. “It makes our roads safer and more efficient, creates jobs and builds our economy, and improves the quality of life in our local communities.”

The second round of tenders for the 2014 construction season was released March 5.

Tenders for the latest round of projects were to be accepted until 2 p.m. on March 27. To learn more about tendering opportunities, visit www.gov.pe.ca/tenders.

Construction is underway on a 40-unit, wheelchair-accessible seniors living centre in Charlottetown.

It’s an apartment building that is focused on seniors but is not a community care facility. The City of Charlottetown issued a permit to the McInnis Group (1993) Inc. for the project, which has a lot of seniors’ properties, several of them in Summerside.

The building is expected to be ready for occupancy by late fall.