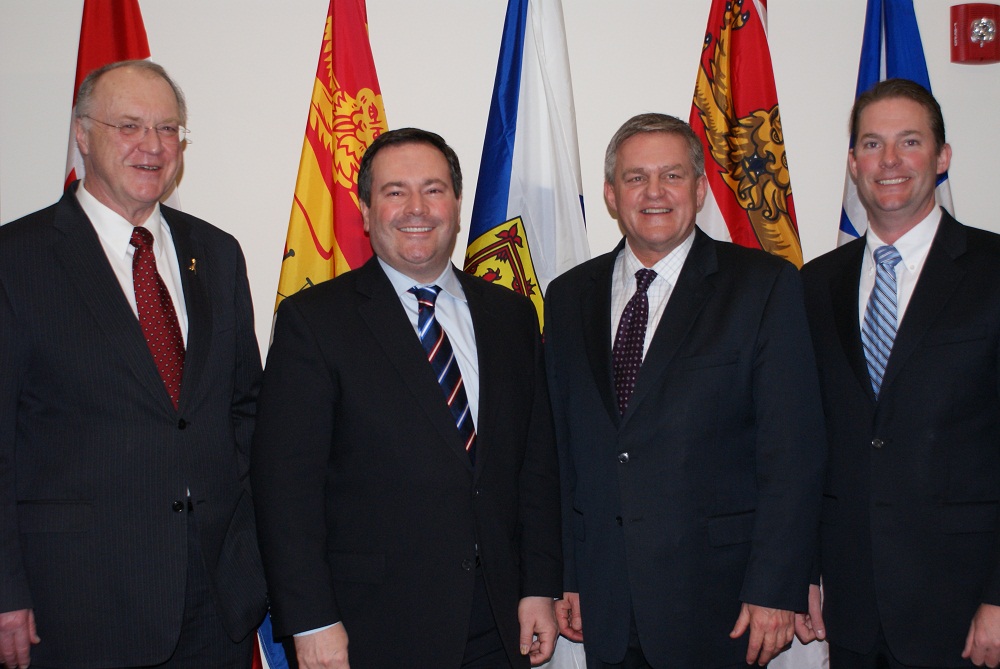 The Atlantic provinces have agreed to harmonize their apprenticeship systems.

Federal and provincial leaders announced in late May that the Atlantic provinces, through the Council of Atlantic Premiers, will invest $3.5 million in the project. In addition, federal Employment and Social Development Minister Jason Kenney announced that the federal government will provide more than $4.3 million to support the initiative.
“It is time to keep our most important resource, our people, working at home,” said New Brunswick pemier David Alward. “Harmonizing apprenticeship projects across the Atlantic region will help build our communities and create job opportunities here at home. As we continue to work together to build a skilled workforce across our region, we want to ensure opportunities meet the needs of employers and apprentices.”

Within the next four years, the project will harmonize 10 trades across the four provinces beginning with bricklayers, cooks, instrumentation and control technicians and construction electricians.

“Having harmonized apprenticeship systems will help more Canadians gain the skills and experience they need to find available jobs,” said Kenney. “This project will create jobs and opportunities for workers across Atlantic Canada and help employers get the skilled workers they needs. Today is an important step forward in removing the barriers to job creation caused by different apprenticeship systems across the country.” 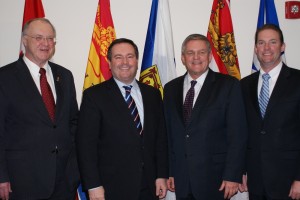 Over the course of the past year, Alward met with his Atlantic counterparts to discuss how together they can best respond to the region’s labour market and job training needs.

“This on-going dialogue and co-ordination led to today’s announcement,” said Alward. “I am pleased that our government, as a partner in the Atlantic Workforce Partnership, will harmonize apprenticeship programs across the Atlantic region.”

The project will help harmonize training, certification and standards, leading to increased availability of training, higher apprenticeship completion rates and increased labour mobility for apprentices across Atlantic Canada. In turn, that means more jobs and opportunities for workers in the skilled trades and a step forward in addressing the skills shortage faced in certain regions and sectors in Canada, the news release says
“This project complements our efforts to support apprenticeship in New Brunswick,” said Jody Carr, New Brunswick’s post-secondary education, training and labour minister. “Our Labour Force and Skills Development Strategy 2013-2016 already highlights work being done to attract teens into the trades through the New Brunswick Teen Apprenticeship Program as well as efforts to implement a women-in-trades program. And most recently, we announced four new apprenticeship incentive programs designed to engage employers and support apprentices.”

“Having harmonized apprenticeship systems will help more Canadians gain the skills and experience they need to find available jobs. This project will create jobs and opportunities for workers across Atlantic Canada and help employers get the skilled workers they need. Today is an important step forward in removing the barriers to job creation caused by different apprenticeship systems across the country.”

Jason Kenney, federal minister of employment and social development and minister for multiculturalism

“Harmonization of Atlantic Canada’s apprenticeship programs will improve the opportunity for workers to access the training they need to advance their careers and will create a stronger labour market in Atlantic Canada. This level of collaboration is unique to Canada and complements work already being done through the Atlantic Workforce Partnership to support workers and businesses. This is part of our comprehensive approach to making sure we have the skilled work force needed to meet the demand for existing projects and to attract new employers to the region.”

Stephen McNeil, Nova Scotia’s premier and chair of the Council of Atlantic Premiers

“Atlantic Canada is leading the nation in ongoing efforts to harmonize apprenticeship programs. By supporting a regional approach to apprenticeship that fosters a highly-trained and mobile workforce, the Atlantic apprenticeship harmonization project will ensure Newfoundland and Labrador continues to meet the growing demand for skilled labour – a demand-driven by major developments such as Muskrat Falls, continuing business growth and a strong economy.”

Newfoundland and Labrador premier Kathy Dunderdale
“We are pleased to see the federal government partner with Canada’s Atlantic provinces and complement the work that is ongoing with our apprenticeship programs. We must work together to build a labour force that is ready for the jobs available today and those in the future.”

“Based on what we have heard from our stakeholders, the Canadian Council of Directors of Apprenticeship (CCDA) has made harmonization of apprenticeship training and certification requirements one if its strategic priorities.  The work that will be done to harmonize apprenticeship programming in the Atlantic region is complementary to the Red Seal trades work that is underway at the national level through the CCDA harmonization initiative.”