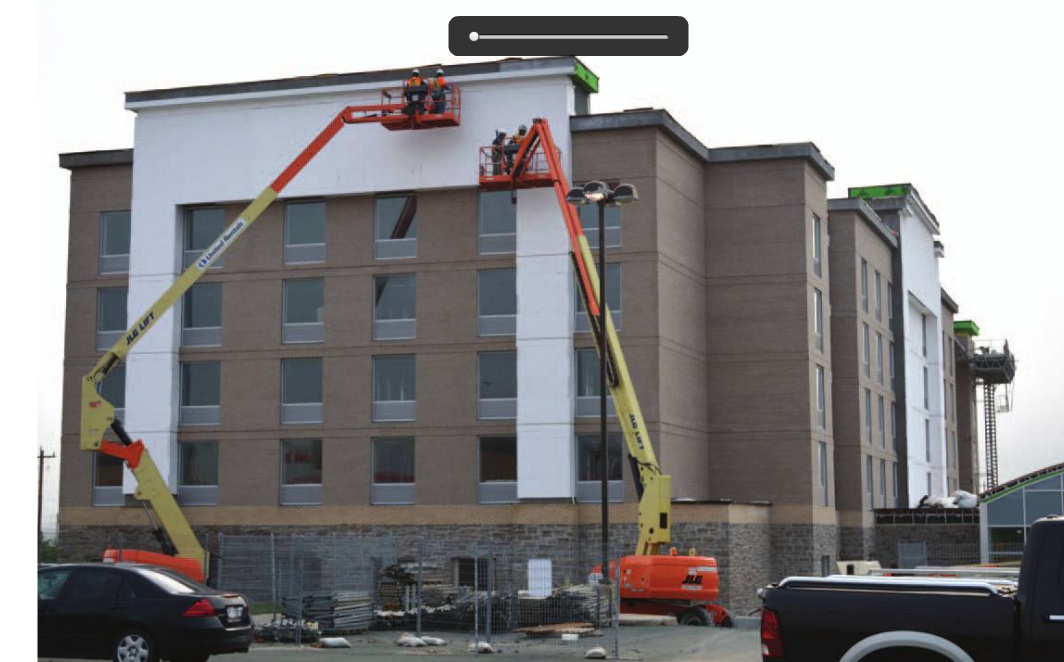 Chamberlain designed the 129-room, five-floor airport-adjacent hotel with 2,500 sq. ft. of meeting space, a pool and a large fitness facility.

Chamberlain president Adrian Mauro says owner Manga Hotels has received approval for a Hilton Garden Inn in the downtown core as well. “This is the first Hampton property located in Newfoundland and the first Hilton brand hotel,” he said.

The hotel has been designed with an exterior façade of stone and brick with ample fenestration on one side of the property. “Buildings in Newfoundland must be able to sustain heavy winds and rain so brick is a building material of choice,” Mauro says. “There is stucco as well but that was used sparingly.”

While most Hampton Inns follow a standard design model, Mauro says regional considerations must also come into play. “The brand is constantly evolving so there are always minor changes between each and because projects are constructed with value engineering in mind there may be differences in the way they are constructed.”

He said nature proved to be the biggest challenge in the 16-month construction project.  “Working on an island you can be dealing with high winds and rain,” he says. “There were times the ferry was shut down due to these elements so materials weren’t arriving when expected which makes scheduling and staging a challenge.”