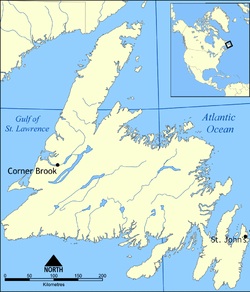 Some construction companies and the City of Mount Pearl are raising questions about the location of the proposed Glencrest subdivision in St. John’s, reports CBC News.

Blasting has been ongoing at several rock quarries for the past three decades — sometimes 24 hours per day — across the Trans-Canada Highway from the proposed development area, which is being managed by former premier Danny Williams.

Jim Organ, the executive director of the Heavy Civil Association of Newfoundland and Labrador, said companies doing the blasting want the City of St. John’s to consider their activities before any construction starts on Glencrest.

Organ said construction companies which use the quarries are worried the development could affect their operations. He noted that’s what happened in Paradise, where residents of new houses began complaining about the operations at a nearby quarry.

“Make sure that the planning is done properly up front, and that everyone is aware of the activity in the area,” said Organ.