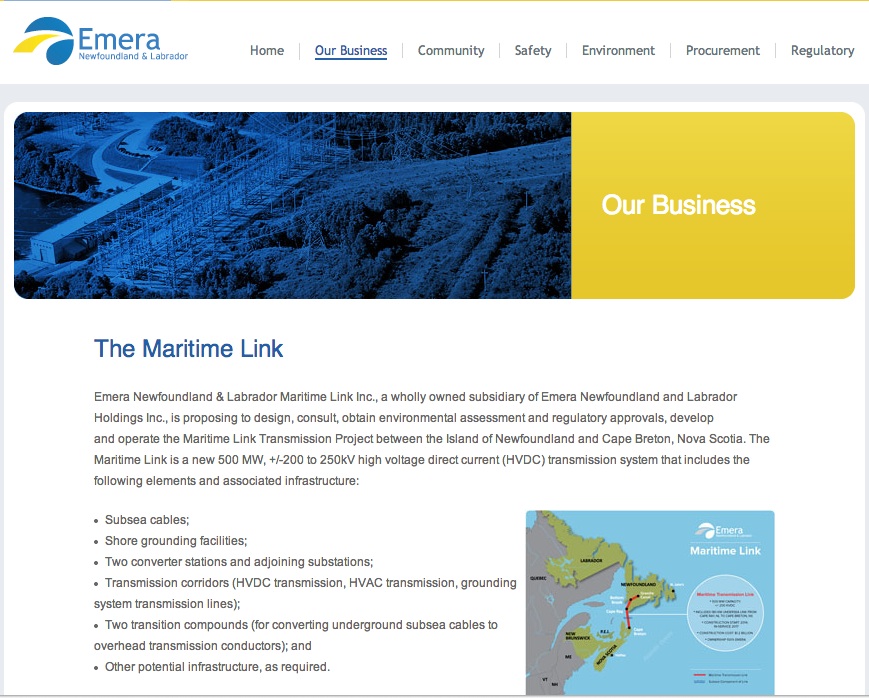 Nova Scotia’s energy regulator has approved a revised agreement from energy company Emera to proceed with the $1.5-billion Maritime Link project, which would ship hydroelectricity from the Muskrat Falls project from Newfoundland to Nova Scotia, reports The Canadian Press.

Earlier this year, Nova Scotia’s Utility and Review Board tentatively endorsed the Maritime Link, but it attached a list of conditions to ensure the 170-kilometre subsea link doesn’t impose a heavy burden on the province’s electricity customers, according to the news report.

On November 29, the board said the revised deal meets those conditions.

Under the agreement, ratepayers in Nova Scotia would pay for the link through their electricity bills.Emera and Nalcor Energy are aiming to have power flowing from Muskrat Falls in 2017.

Emera CEO Chris Huskilsonsaid one of the next steps is to finalize a federal loan guarantee that aims to save Newfoundland and Labrador and Nova Scotia more than $1-billion in borrowing costs for the Muskrat Falls project. The overall development is estimated to cost $7.7-billion.

Construction is already under way on Muskrat Falls in Labrador.