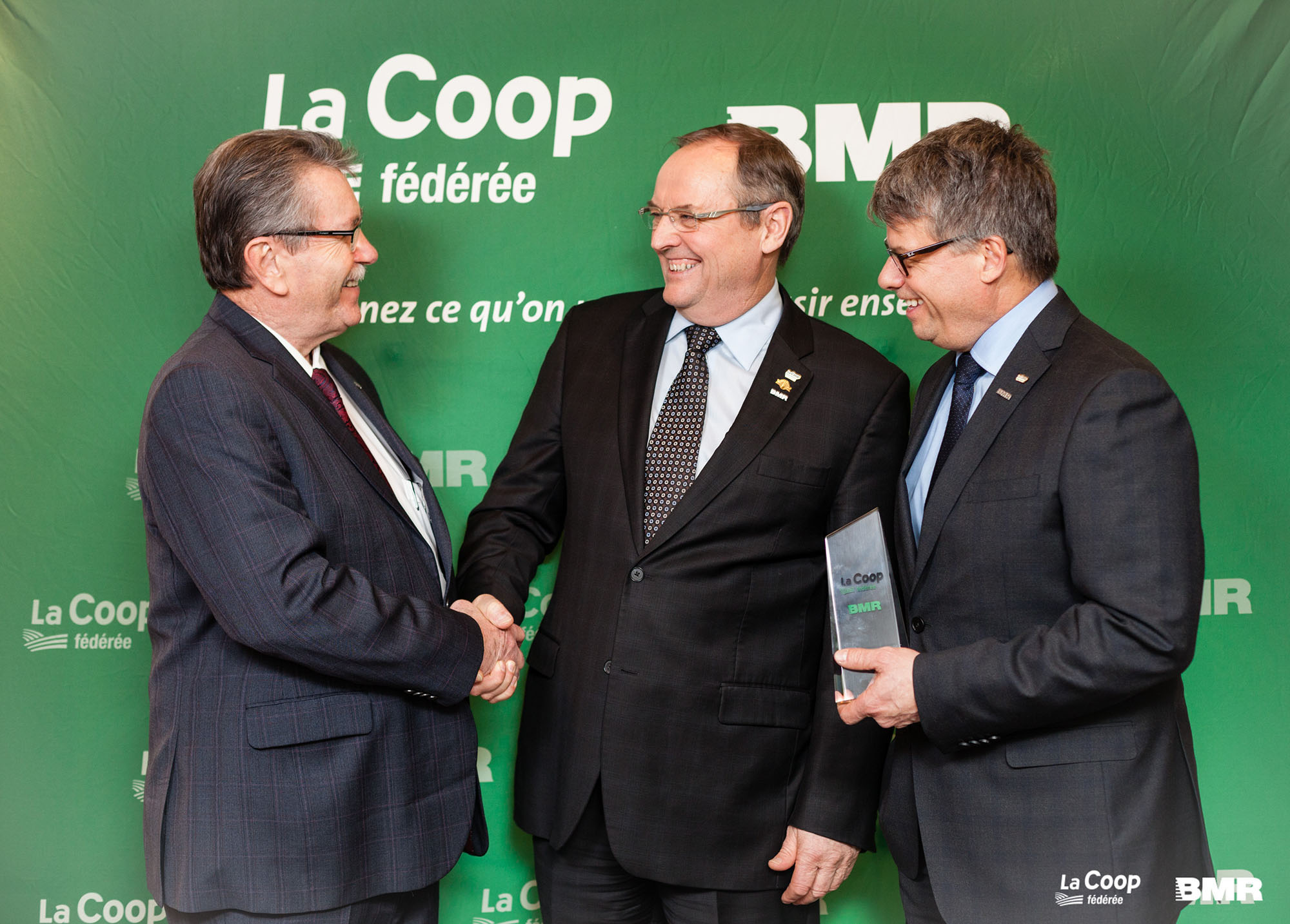 La Coop fédérée, an  agricultural and agri-food co-operative has announced that Groupe BMR has become one of its wholly-owned subsidiaries, joining Olymel, Agrico Canada Ltd., Agronomy Company of Canada, and Énergies Sonic as part of its extended family.

La Coop fédérée had held a minority ownership in Groupe BMR since November 2013 and has now exercised the stock option set out in the agreement and purchased the remaining shares, the organization said in a news release.

“We’re very proud to welcome Groupe BMR to our network,” said La Coop fédérée Denis Richard “BMR is a leader in Quebec and Canada’s retail, renovation and construction sectors. Uniting our operations strengthens our leadership in the hardware sector. On behalf of La Coop fédérée’s employees, management and members, I want to tell our new colleagues from Groupe BMR that we’re looking forward to getting to know them and, with them, to build the future of this major sector – in Quebec, Canada, and the world.”

“This is a most strategic union given the industry’s highly competitive nature,” the news release says.

With its head office in Boucherville, Groupe BMR is also active in Ontario, the Maritimes, as well as Saint-Pierre and Miquelon. BMR’s annual sales are estimated at over $1.4 billion. Its stores employ 5,000 people.

“With this partnership, we become the second-largest player in Quebec, with a total of 350 renovation centres and hardware stores offering the best products and services in the industry,” said Yves Gagnon, honorary president of Groupe BMR. “This is great news for our clients, retailers and employees alike.” The Unimat and BMR brands will remain in use.

“This union allows two significant Quebec leaders to keep on leveraging local talent to offer our members and consumers the opportunity to procure the products they need close to home, in their community, at competitive prices,” said Gaétan Desroches, chief executive officer at La Coop fédérée. “The addition of Groupe BMR illustrates our will to build on the retail sector, particularly in the areas of renovations and building materials, and contribute to the growth of local economy, including in the agricultural sector. I want to thank our financial partners – including Investissement Québec – who allow companies such as ours to strengthen their roots in major economic sectors.”

La Coop fédérée began shifting to retail in the hardware and agricultural-machines sectors in 1977.  Visit www.unairdefamille.coop for more information.