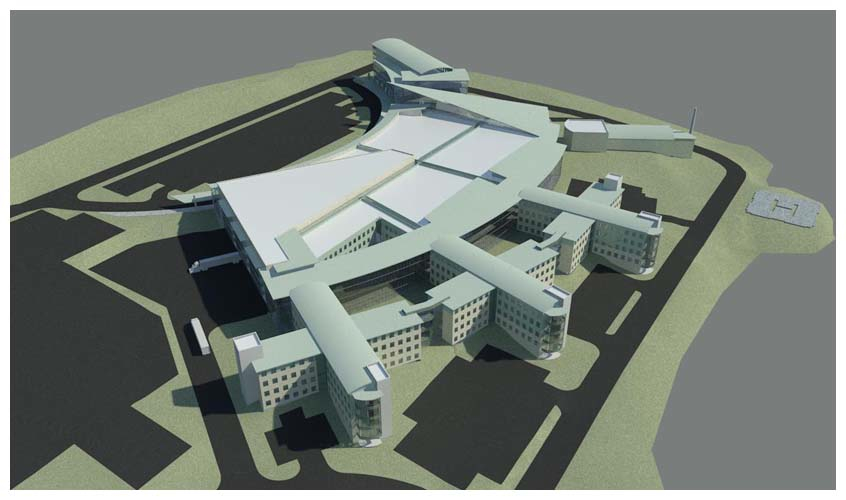 The project was announced in 2007 and construction was expected to begin in 2012. While road and sewer work in the area has been done, there has been little further progress.

The money will be split over three contracts. The largest amount, $10.7 million, goes to a consortium of companies called the Corner Brook Care Team for the design of the new regional hospital. It is a joint venture of B+H, Montgomery Sisam Architects, PCL Construction and Marco Construction and has its own design team.