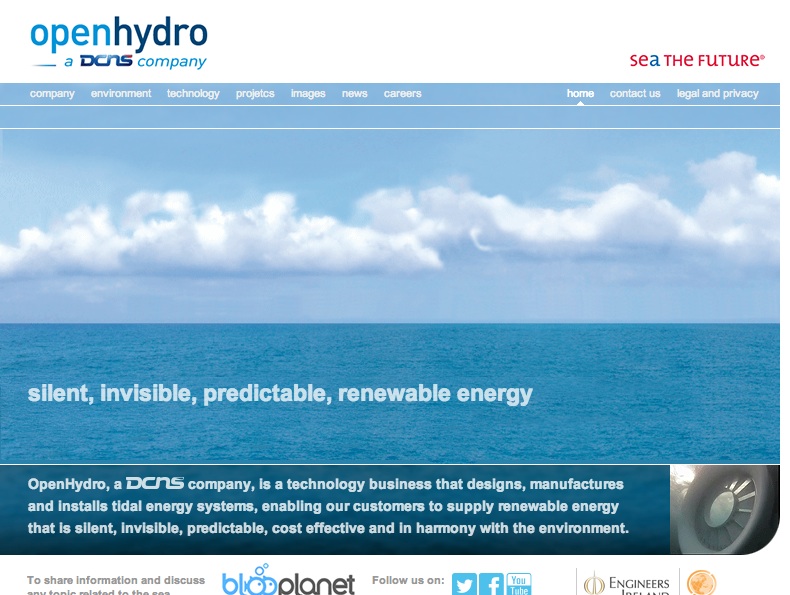 OpenHydro was selected as part of a competitive process undertaken by the department in its drive to progress the development of a tidal energy industry in the Bay of Fundy, according to a news release.

OpenHydro plans to deploy a fully grid connected 4MW tidal array to be in place later in 2015. The array will consist of two 16m (2.0MW) commercial scale turbines.

On successful completion, the project has the potential to be the world’s first multi-megawatt array of interconnected tidal turbines, providing energy to over 1,000 customers in Nova Scotia.

A group led by OpenHydro together with Nova Scotia-based energy company Emera, will deliver the project. The projects key local industrial partners are Irving Shipbuilding, Irving Equipment and Atlantic Towing.OpenHydro is committed to establishing a local manufacturing hub in the Bay of Fundy area using local skills and predict that 950 direct and indirect jobs will be created as the project moves to commercial scale.

OpenHydro and its industrial partners now plan to progress work schedules and engage with the procurement cycle before mobilization and deployment in 2015.