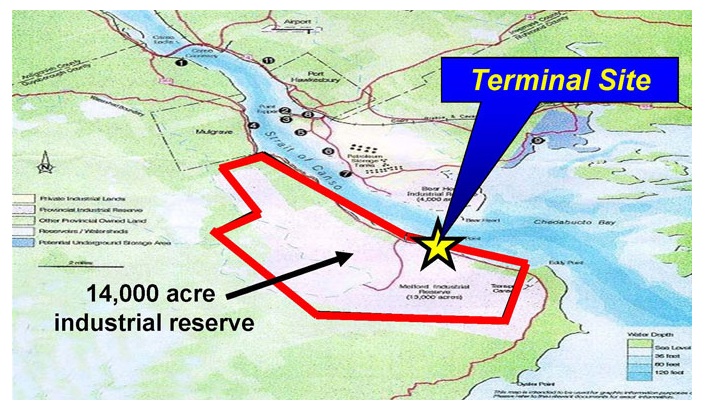 The development of a deep water container terminal for Nova Scotia’s Strait of Canso has passed a couple of key administrative hurdles, reports The Canadian Press.

Lloyd Hines, warden of the Municipality of the District of Guysborough, says council has passed the community benefits agreement negotiated with Melford International Terminal Inc. and has also approved a motion that will allow municipal officials to acquire land for a railway line.

The construction on the multi-million dollar container terminal is expected to start before the end of the year.

In July 2010, American firm Maher Terminals announced it would take an unspecified stake in the terminal and logistics park.

The terminal, which is a private investment venture, will not involve a port authority.

See mahermelford.com and this page from  Guysborough municipality’s website.