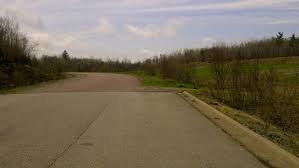 A largely undeveloped parcel of prime land in Sydney will soon be transformed into a major residential area, CBC news has reported.

The Cape Breton Regional Municipality recently sold the 41 hectare Cossitt Heights property to Jonel Jim Construction, which will begin putting in a sewer and water system within weeks.

Company spokesperson Everett Knickle told the broadcaster that the project will be cone in five phases.

“It’s going to be the same mix all the way through,” he told CBC. “In the first phase, we plan to build apartment buildings, duplexes, some town houses and some single family dwellings, so we’re gonna build a little bit of each and cover all the strata of the possible market.”

Knickle said that he believes it will take the developer two years to build and sell the units. He also said the work and materials are coming from the Sydney area.

“Employing people locally, all the supplies and the rest of it coming local,” Paruch told CBC news. “At the end result is: there’ll be great housing for local people, and anybody else who wants to come from away.”