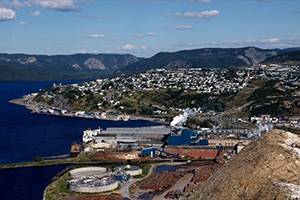 ABB has received a large contract as part of the roughly $1.6-billion Maritime Link project — the power connection to be built between Nova Scotia and Newfoundland and Labrador, reports The Telegram.

The contract, valued at about $400 million, makes ABB responsible for construction of two converter stations, one at either end of the 500 megawatt high voltage direct current (HVDC) link. The company will also be tasked with creating two 230-kilovolt alternating current (AC) substations in Newfoundland; one 345 kilovolt AC substation in Nova Scotia; and two cable transition stations.

The pieces are scheduled for commissioning in 2017, maintaining pre-existing timelines for the completion of the Maritime Link.