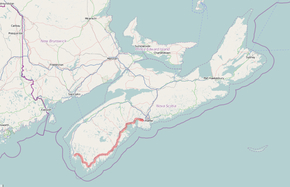 The first eligible project in Nova Scotia under the New Building Canada Fund was recently announced.

The Government of Canada is conditionally setting aside up to 50 per cent of eligible costs, to a maximum of $6.85 million for this project under the New Building Canada Fund’s Provincial-Territorial Infrastructure Component-National and Regional Projects (PTIC-NRP). The funding is conditional on the project meeting applicable federal eligibility requirements with respect to the New Building Canada Fund and the signing of a contribution agreement.

The Government of Nova Scotia will be responsible for all remaining costs of the project, which has an estimated total cost of $16.2 million.