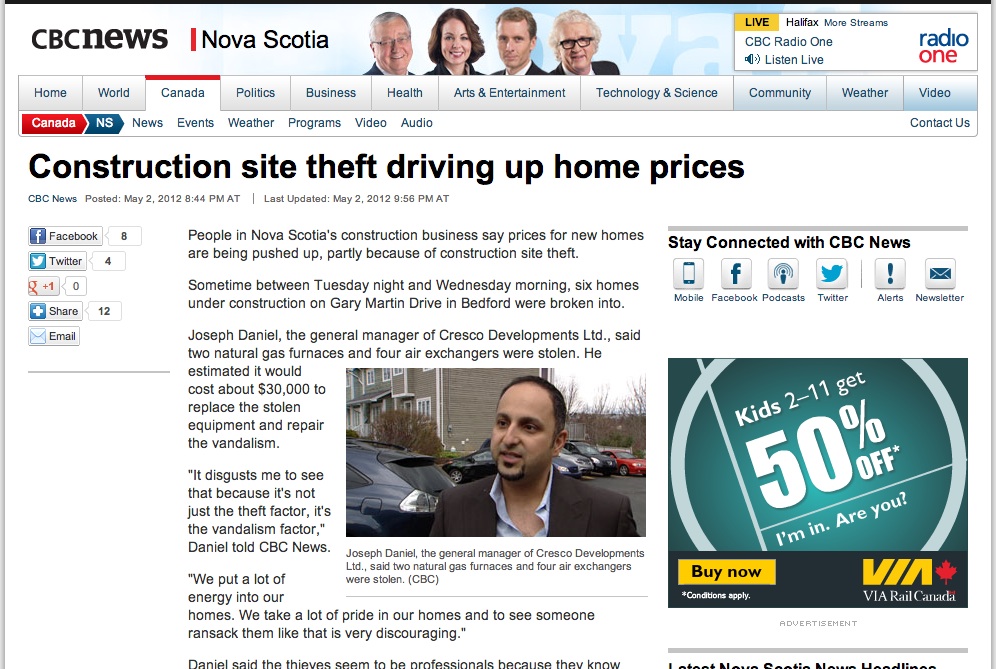 Sometime between Tuesday night and Wednesday morning, six homes under construction on Gary Martin Drive in Bedford were broken into.

Joseph Daniel, the general manager of Cresco Developments Ltd., said two natural gas furnaces and four air exchangers were stolen. He estimated it would cost about $30,000 to replace the stolen equipment and repair the vandalism.

Paul Pettipas, the CEO of the Nova Scotia Home Builders’ Association, said builders have found lists on their job sites that have fallen out of the thieves’ pockets.