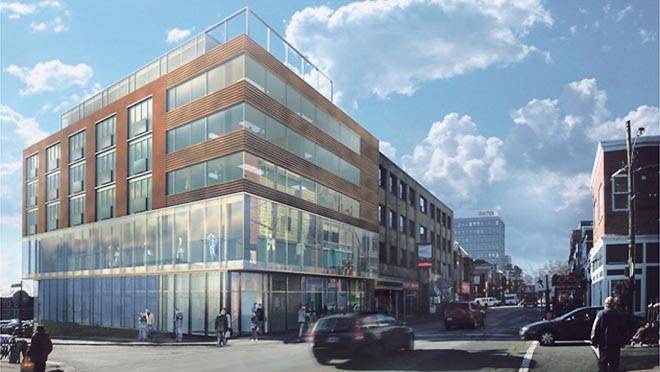 The former Winsbys site was recently demolished. According to Chedrawe, the eight-level complex that will replace it will include three commercial levels and five residential levels with 16 rental units.

He said the approval process was lengthy and a required public benefit component — because the development is more than five storeys tall — still has to go before council.