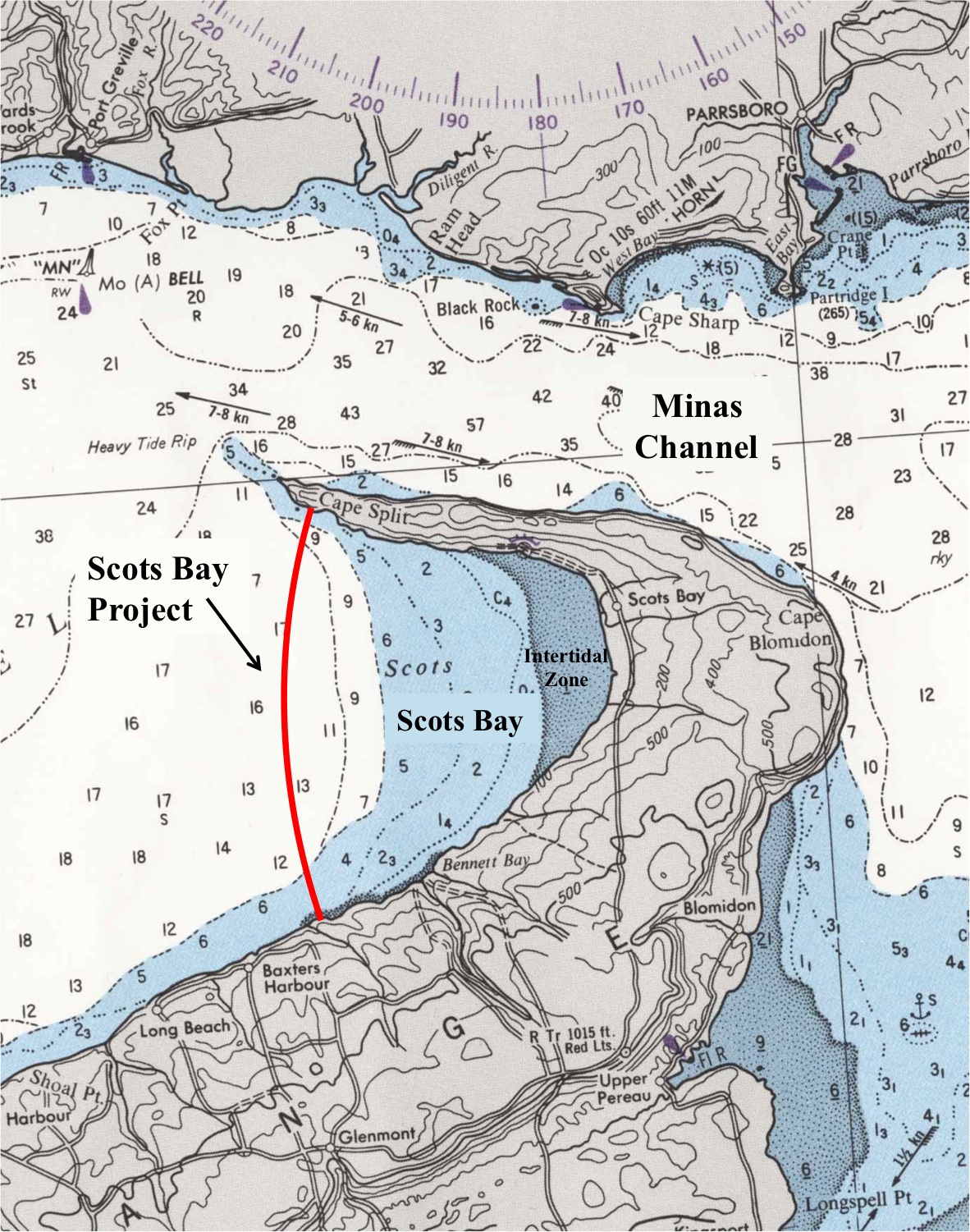 The company is seeking an exclusive marine lease to build a 1,100-megawatt (MW) tidal barrage, or dam-like structure, which would stretch 10 kilometres from Cape Split to BaxtersHarbour, the newspaper reports.

The company developed its technology in collaboration with French energy giant Alstom Power. The patented generation technology produces power during both the ebb and flow of the tides.

In a report, Halcyon Tidal Power said the potential for shore-connected lagoons in the Bay of Fundy is enormous. The average tidal range is roughly 10 metres, among the highest in the world.

Local opposition against the tidal project is mounting, with an online petition calling on the province to reject the company’s request for a marine lease.According to critics, a barrage across Scots Bay would detract from the natural beauty of the area and hurt tourism. Also, they say a tidal barrage would disrupt the sensitive ecosystem and threaten marine life.