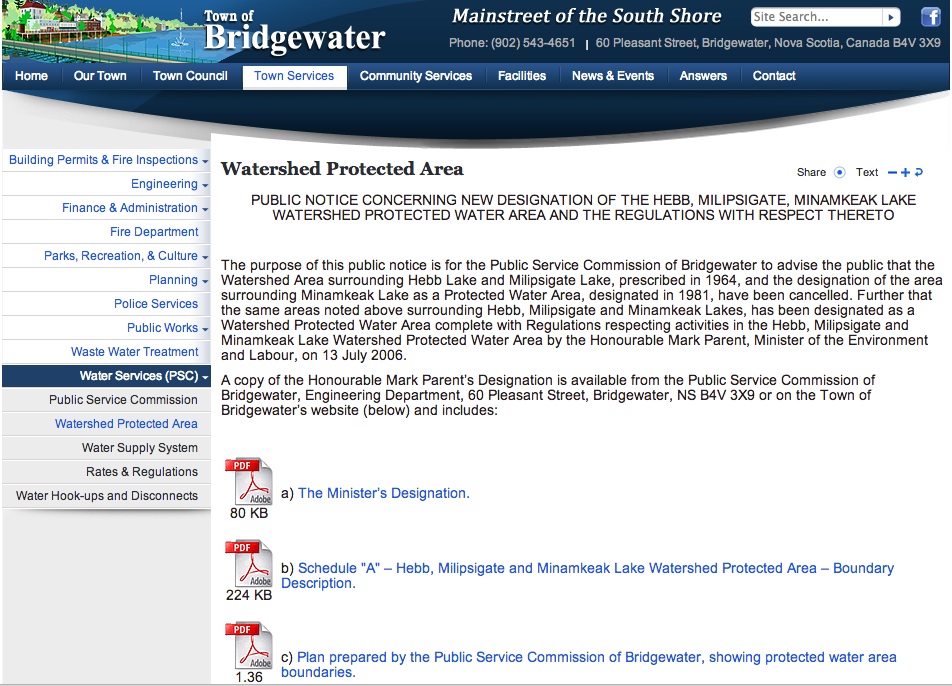 According to the news report, Chapman Brothers Construction began work on a quarry in Bridgewater’s watershed without receiving the necessary permission.

Gary Ramey, the MLA for Lunenburg West, said Chapman Brothers Construction of Souris started work in a watershed that provides drinking water to the town of Bridgewater and the Municipality of the District of Lunenburg.

“I think that they’d have to do an awful lot of work before a quarry would ever be granted in the watershed areas,” he said Friday.”You do need soil erosion data. You do need a storm water plan.”

The provincial Department of Transportation and Infrastructure Renewal said it learned of the company’s intentions when clearing work began.

“It’s unbelievable, what’s happened out there,” said David Walker, the mayor of Bridgewater.”It’s not a case of anything against the company involved or the need for quarries. It’s not appropriate in a watershed area.”