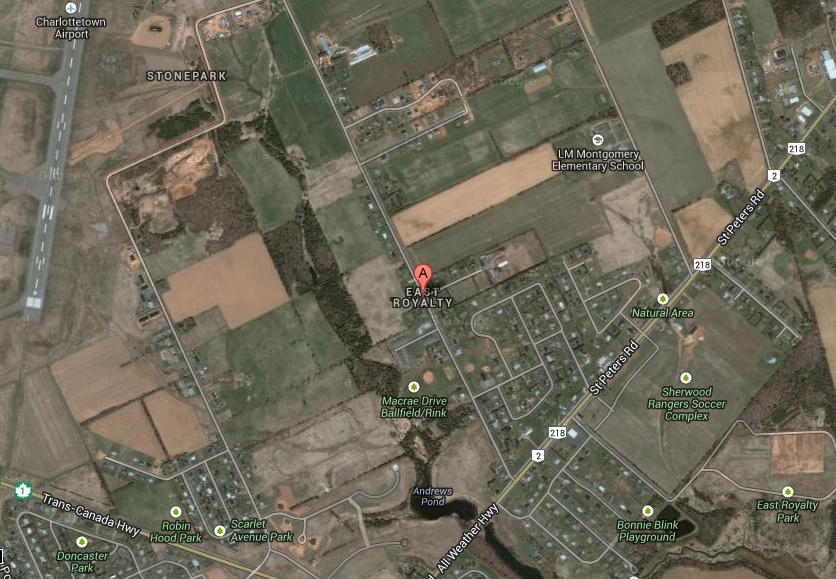 Residents heard Oct. 21 that proposed subdivisions for East Royalty in Charlottetown are set to bring 1,100 new housing units to the area and double the traffic volume on St. Peter’s Road by 2026, reports The Guardian.

Charlottetownand the provincial government commissioned a traffic study for the area.The recommendations from the report by McCormick Rankin Consultants were discussed at a public meeting Oct. 21 at the Malcolm Darrach Centre.

The study found that currently, traffic flow is unacceptably slow during peak hours for vehicles trying to get on or off St. Peter’s highway from Norwood Road, Oakland Drive, MacRae Drive and Robertson Road.It will, however, get much worse.

“Traffic is predicted to grow on St. Peters Road to as many as 1,900 vehicles per hour by the time the proposed developments are completed in East Royalty, as expected by 2026,” the report said. “This is nearly a doubling of current traffic volumes on the roadway.”

The report said the best solution is to make St. Peters Road two lanes in each direction, then create three new controlled intersections, controlled by either new traffic lights or with roundabouts. They would be located at a re-aligned MacRae Drive that would now line up with Oakland, another at MacWilliams Road that will line up with a possible new road serving new housing developments, and finally at Angus Drive and a newly extended Hanmac.

According to residents across the highway on Rilla Road, the effort to direct traffic to controlled intersections will bring more traffic to residential streets already suffering speeding and clogging.