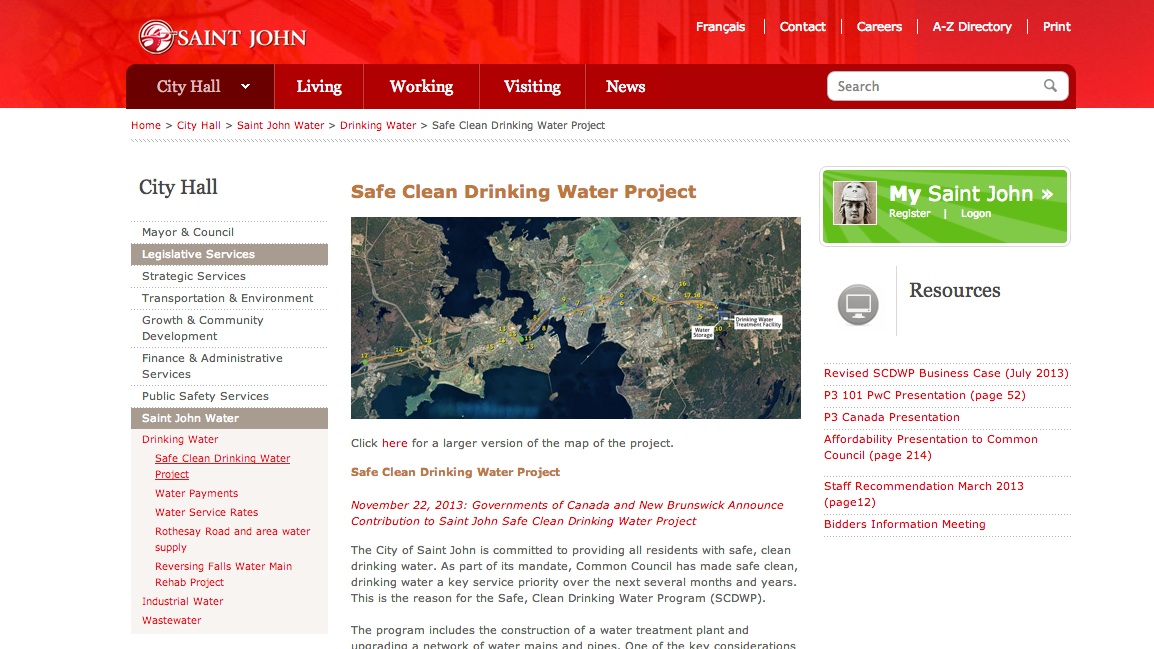 The City of Saint John is getting nearly $115 million to upgrade its water treatment system under a public-private partnership model, reports CBC News.

The federal and provincial governments will each contribute $57.3 million to the Safe Clean Drinking Water project.

A new water treatment plant and accompanying infrastructure for Saint John has been estimated at $220 million, although the actual cost won’t be known until a private partner is found.

Saint John’s ratepayers will cover the remainder of the mega-project’s costs, beyond the $114.6 million.

The work is expected to be completed in 2018, he said.